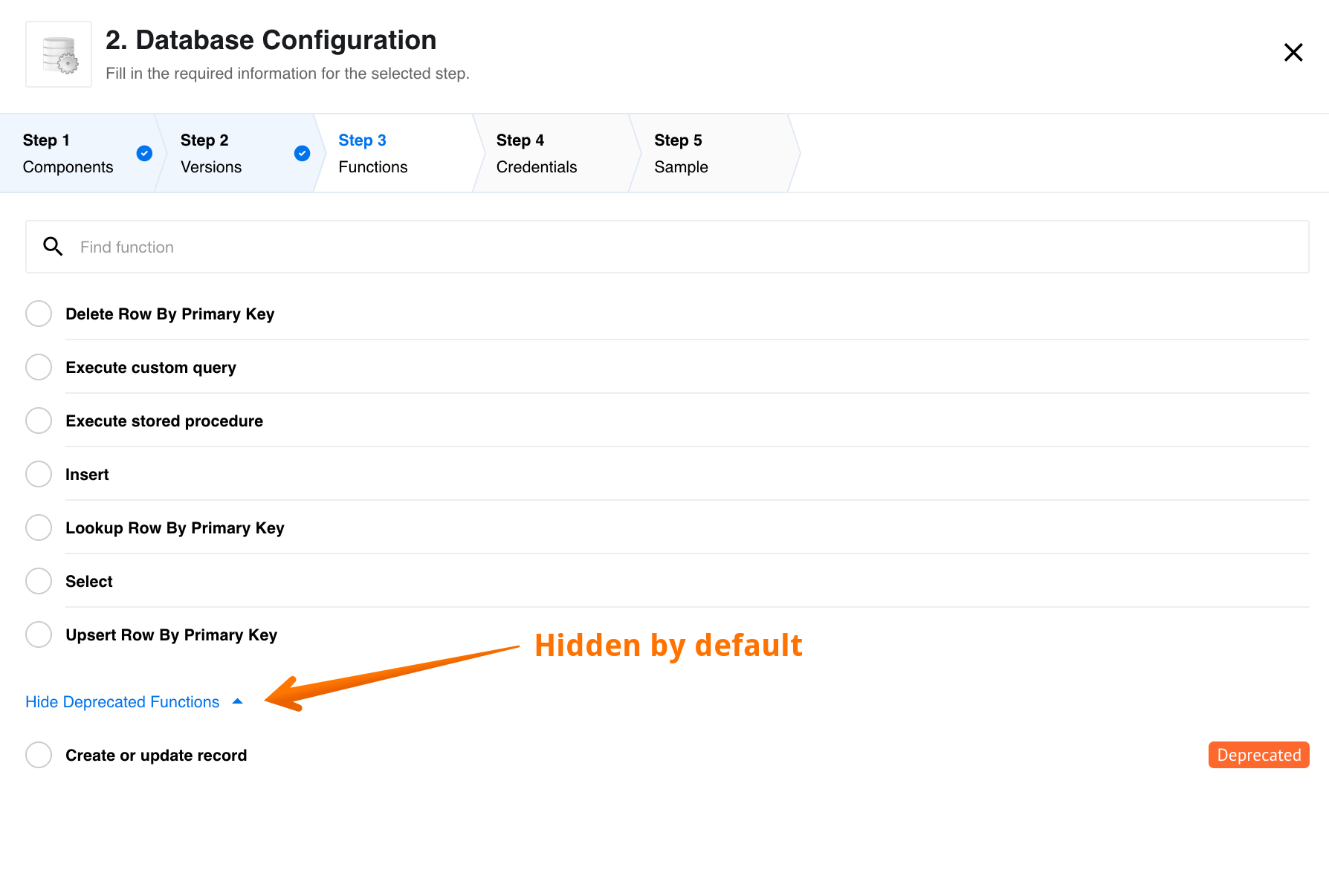 We have also improved the look and feel of the radio selectors in general.

In this release we continued to streamline and improve the platform UI pages. For example viewing and editing JSON objects while in integrator mode is now more comfortable.

We improve the rendering of errors while component credential verification fails. If the component code reports an error, this will be shown in the credential UI as it is.

With this release we continue improvements of the Node.js Sailor, the base library used to compile any Node.js based component code during the platform deployments.

Node.js Sailor version 2.6.22 is introduced to enable keep-alive for the global HTTP agent. This release provides a remedy to limitation of outgoing HTTP connection numbers often imposed by the cloud providers.

As a part of the component code audit for a possibility of sensitive data exposing we checked and updated the following component codes and the dependencies: