In our quest to improve every aspect of our User Interface, we added a search function to the Credentials page. When you navigate to Integrate - Credentials you can now Search by component name to find the credential card you need instead of scrolling to find it.

We also highlight that this address to be used only one-time to send a representative sample which you can use to configure subsequent steps in your integration flow.

To improve the user experience and prevent an accidental JSON data structure pasting into the Body field while in an Integrator mode, we changed the User Interface behaviour to default into JSONata mode when an application/json content type is selected for the POST and PUT HTTP calls. 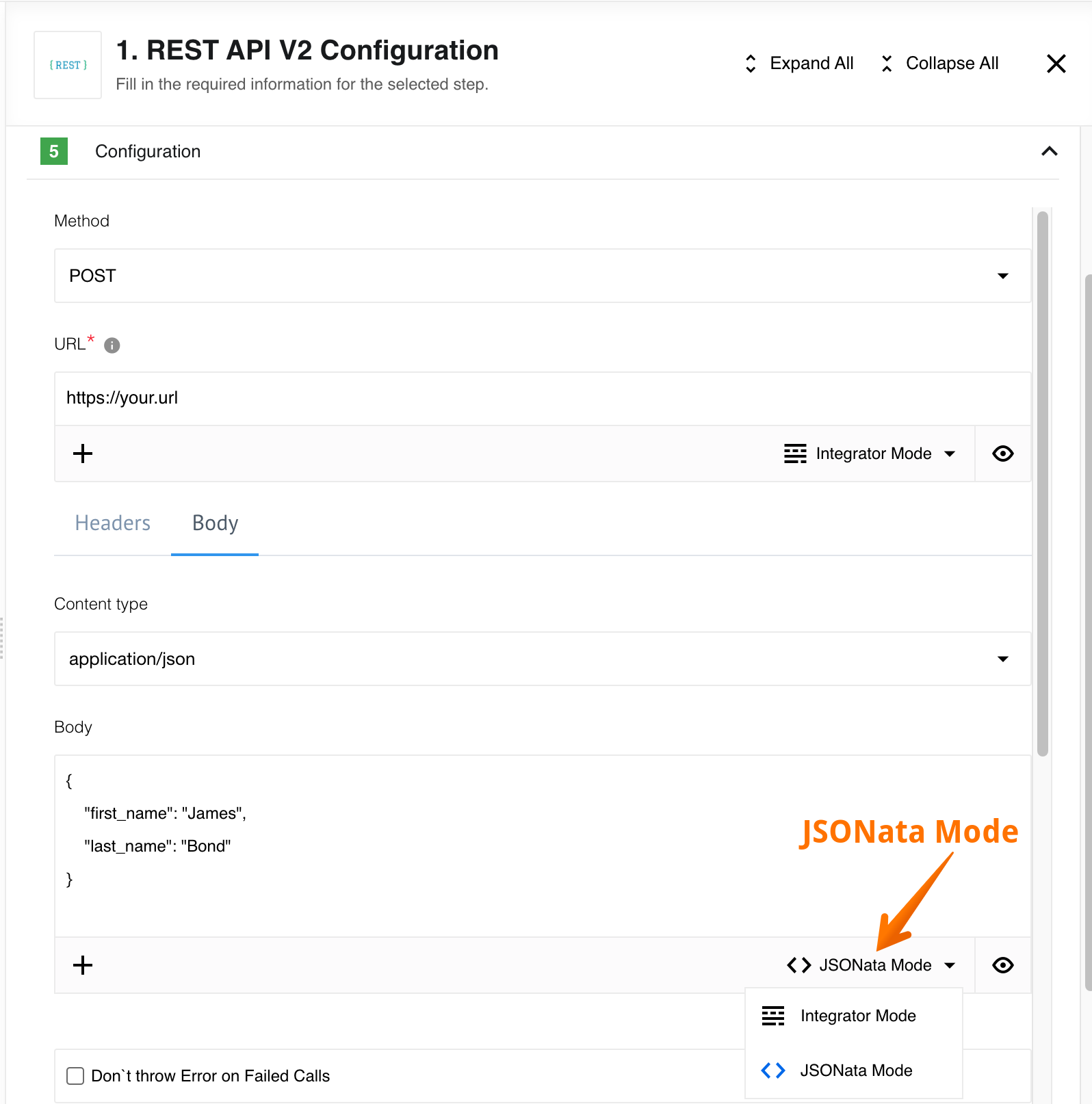 Components exchange information with various platform services using run-time environment variables during execution of each step of an integration flow.

A new version of Node.JS Sailor library 2.7.0 is released. This update is preparatory groundwork for the message persistence feature.

A new version of Java Sailor library 3.4.0 is released. This update is preparatory groundwork for the message persistence feature.

We constantly improve different aspects of HELM3 deployments in collaboration with our partners. This section lists updates and improvements included in this release.

Iron-bank service collects statistics from the running integration flows. The service is now running as Kubernetes DeamonSet together with the cadvisor. This reduces the load on the system significantly and increases the scalability of Iron Bank.

Information in this section is intended for our customers who intend to extend the automatic component delivery to include custom developed components.

Added new endpoint to PATCH /v2/teams to add docker registry to a team. Check the API documentation for the details.

To extend the automatic component delivery to include custom developed components, we modified the componentsConfiguration section of HELM3 charts in the following way:

Please Note: These are breaking changes and you should carefully revise your setup if you intend to use this feature.

Along with these changes the following new required variables were introduced:

The components-pusher expects to find these variables to deploy the component docker images into your default team.

The new approach expects to also find a new optional TEAM_DOCKER_REGISTRY environment variable in case of custom developed components. It is defined in the following way:

For the uri system expects string containg the address of docker registry. The credentials object can have the following properties:

If none of the above are used - components-pusher will try to access the registry anonymously.

The components-pusher is not longer a cronjob but a fully integrated service of the platform. It runs in Kubernetes cluster in a single instance (replicas non-configurable).