We continue to update our User Interface to improve ease of use. This time it is the UI surrounding Developer Teams that is updated. When you navigate to Development > Developer Teams you will notice new uniform design: 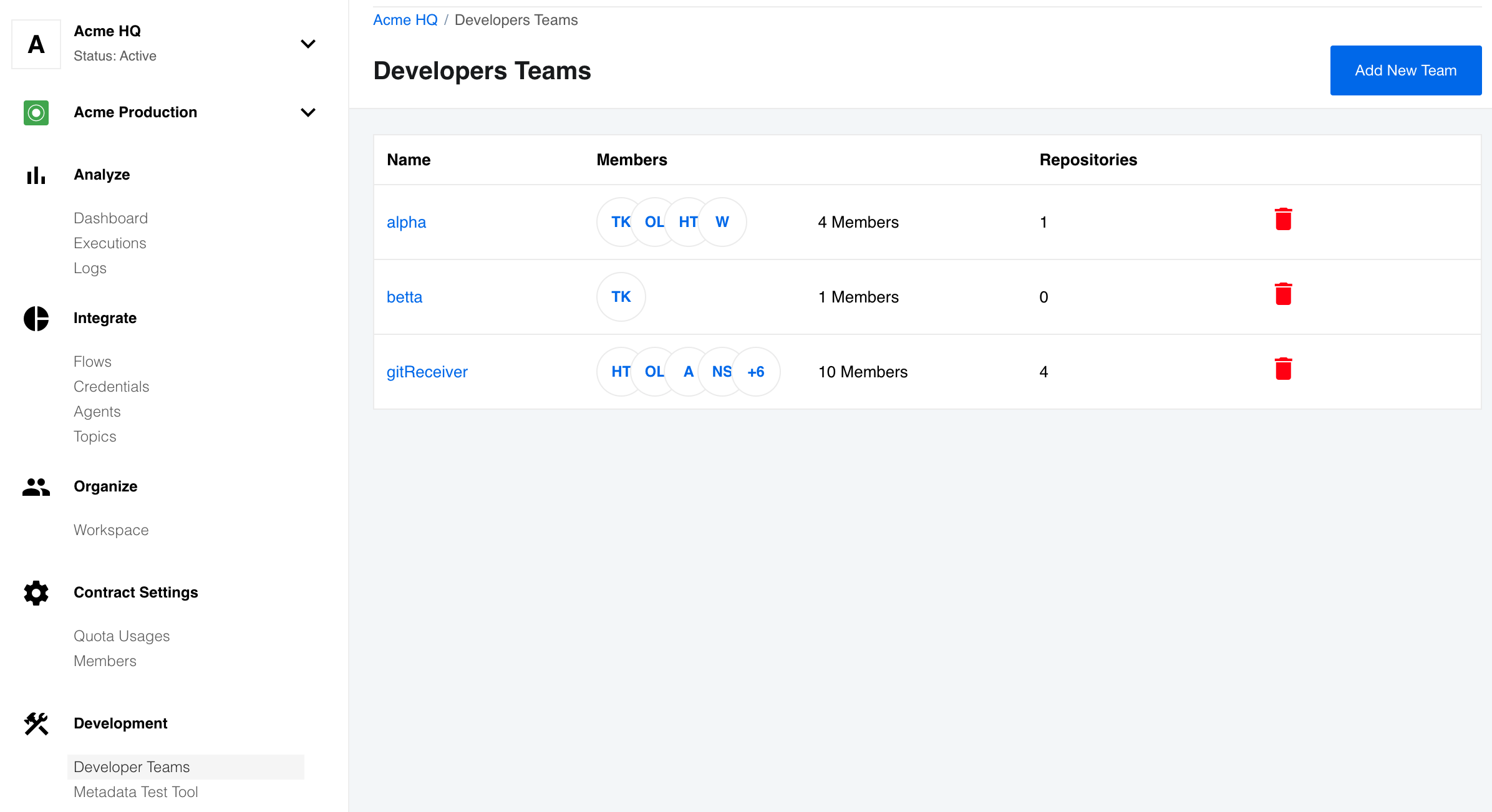 Along with the new design we added a functionality to delete the developer team using the User Interface. Previously this functionality was only available via an API call.

Please Note: You can only delete a Developer Team when it contains no respoitories. The platform will give an error if you attempt to delete it when there is even one repository.

A new version of Java Sailor library 3.5.0 is released. This update adds support for Java 17.

We constantly improve different aspects of HELM3 deployments in collaboration with our partners. This section lists updates and improvements included in this release.

Platform has number of cron jobs performing different functions. With this release we added kubernetes resource definition for:

Information in this section is intended for our customers who use the OEM version of the elastic.io platform.

To streamline the proper data replication between Clickhouse cluster and reduce internal efforts to constantly update the Clickhouse-mongo dictionaries with every update of Clickhouse version we performed the following changes:

Please Note: as a regular user of the platform you don’t need to do anything. You will not notice any difference. This change is for customer who run a version of of the platform on their premises.

For the following components: