With the platform release version 21.39 we introduce a separate sub-section to the navigation menu to logically separate the component Development from the rest. A new Development section includes the link to Developer Teams as well as the try metadata tool (mentioned in the 21.37 release). 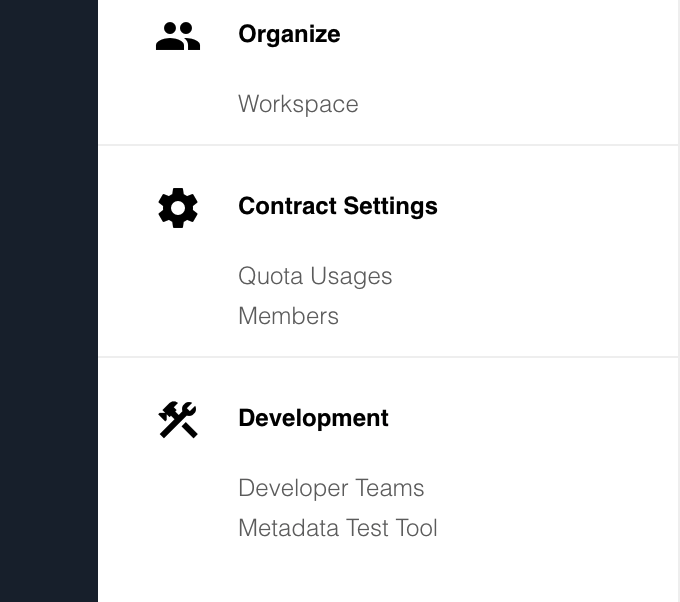 The development teams are no longer linked from the contract management screen. Contract Members, Workspaces and the Quota Usages are still accessible via the Contract Settings section.

The release 21.39 contains number of improvements under the hood which are not obvious for the users. Our team worked hard to:

News in this section are for our customers who use OEM version of the elastic.io platform.

Newly added Development section can be hidden if desired via the following CSS parameters:

We are in middle of constantly improving various aspects of HELM3 deployments in collaborations with our partners. These are updates and improvements done in this round.

With platform version 21.39 we introduce a possibility to manage the SSL certificate using the certificate manager of your choice. The following changes were made in the Handmaiden platform microservice:

For the HELM3 declare the configurations and bind it to the handmaiden environment variables like: